MELANE describes her solo debut as “liberating and empowering”. The question “Why now?” she replies with “a right or wrong time for music does not exist”. She already implemented her subtle art of singing and her individual style as part of the jazz trio

Since 2016 she has been working with the trio „Three Fall“, a formation that is characterized by its unusual instrumentation, two wind instruments and a drum. They are one of the most innovative young German jazz bands "Three Fall" - their debut collaboration album "Four" (ACT) was released in 2017 and, thanks to her voice, this album has become an even more exciting music experience, that was expected from the atypical formation anyway

Melane has now decided to continue telling her own story in an inimitable way. Her lyrics and her music reflect her connection to different parts of her own cultural Congolese origin, as well as her love for different music styles and genres. While being on her search for harmonious and genre- crossing ways to transport music, she now teamed up with top-class musicians and is currently working on her first solo album. 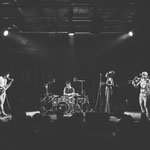 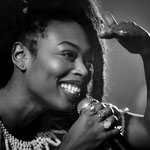 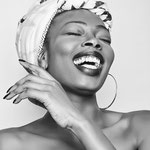